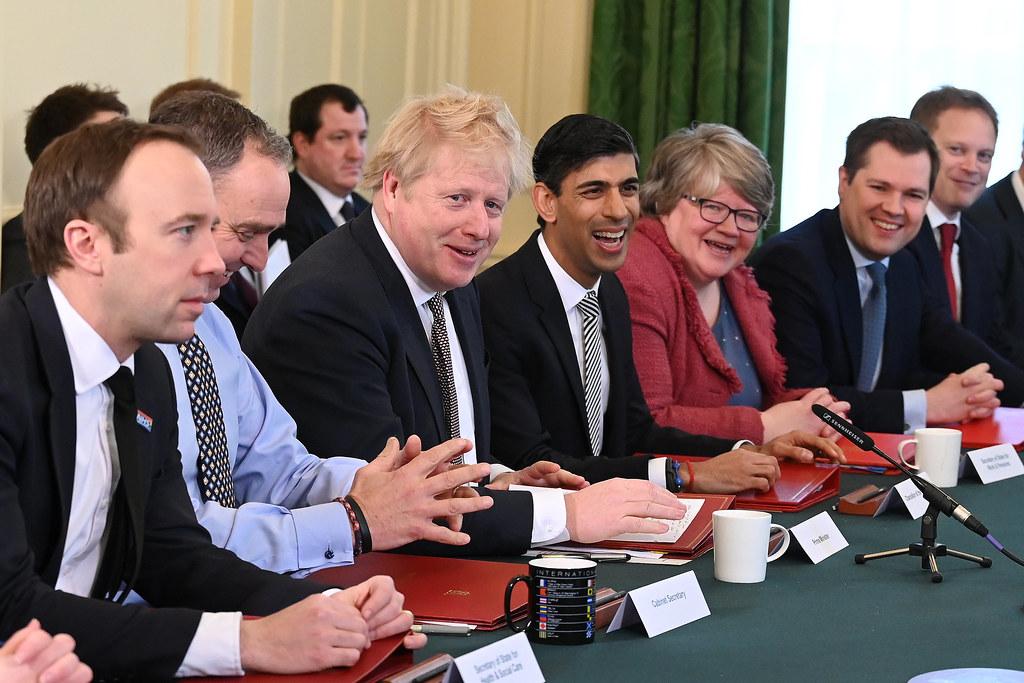 The last few UK Government Cabinet meetings have had to be abandoned as they now consist of everyone calling each other ‘poopy bumheads’, according to Downing Street sources.

The anonymous Downing Street source, Terry Aki, said: “It’s like the Cummings’ revelation has opened the floodgates for every single cabinet member to start calling each other names.

“The last cabinet meeting, which was held to strategise about increasing the UK vaccine rollout, had to be abandoned after Home Secretary Priti Patel called Education Secretary Gavin Williamson a ‘Poopy Bumhead’. Gavin Williamson came back with the brilliant retort ‘takes one to know one’ and then suddenly they were all at it.

“Before you knew it, Minister of Biscuits Michael Gove was a ‘poopy bumhead’ according to Farming Minister George Eustace, who in turn was ‘poopy bumheaded’ by Justice Secretary Robert Buckland.

“I don’t think anyone escaped the ‘poopy bumhead’ treatment by the time the meeting was abandoned, not even Prime Minister Boris Johnson.

“Hang on? I thought I was meant to be anonymous?”

UK Prime Minister Boris Johnson has now issued an edict to cabinet of banned insults to call each other and has given a list of which insults are now no longer allowed.

They include ‘ploppy pooface’, ‘wee mcweewee’ and the word ‘cunt’.

It is understood that Terry Aki has since been fired and is now looking for a job at The News Elephant.