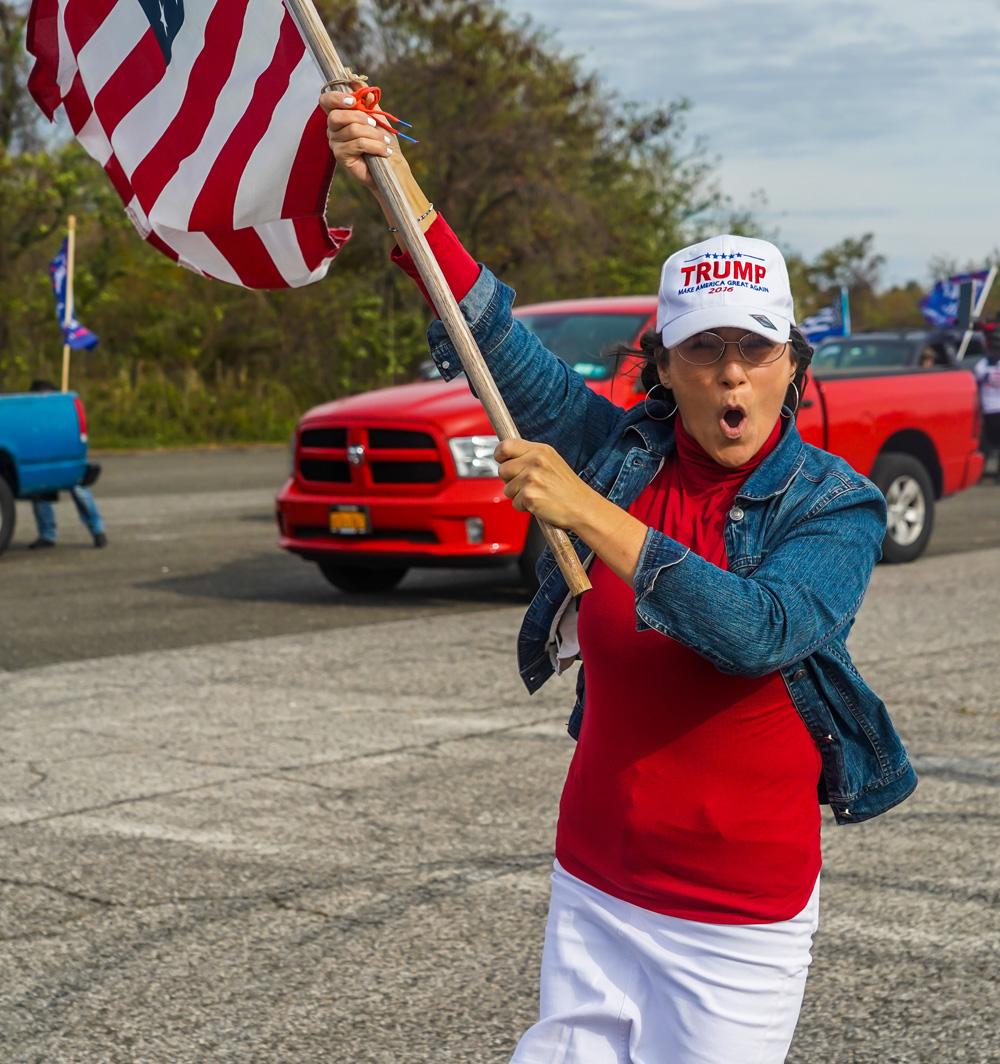 Mrs Dorothy Arbuckle, 73, was horrified to learn that her daughter was returning from the United States after 14 years.

Even worse for Dorothy and husband Alf was the fact that Diane Stroessner expected her old room back and was bringing her equally obnoxious husband, Rocky, and sons Chip and Cack.

The Stroessners plan to flee what they now claim is a Godless, communist country stolen by Joe Biden and his fellow Deep State conspirators.

“Our Diane’s always been an odd duck,” said Mrs Arbuckle. “If she wasn’t pulling the wings off flies she was reporting the neighbourhood kids to the police for begging when all they were doing was knocking on doors and asking for a penny for the guy.

“When my other two kids were teenagers they had posters of people like the Spice Girls on their walls, but Diane had one of Norman Tebbit.

“To be honest, it was a relief when she went off to America to work for a right-wing website, even if her good socialist grandparents were turning in their graves.”

Diane married and had children, but fortunately for Dorothy and Alf, the presence of the Atlantic limited opportunities for visits.

“Her husband’s horrible,” said Dorothy. “Always saying things like, ‘If it wasn’t for the US you Limeys would all be speaking German.’ Alf told him that as America only joined World War Two after Pearl Harbour it was probably Emperor Hirohito who deserved the credit, but he just said ‘Huh?’ and sat there, drooling a bit.”

Dorothy and Alf try to love all their grandchildren equally but find Chip and Cack difficult.

“All they do when they’re over here is complain about not having enough to eat, even though they broke the sofa just by sitting on it.

“The last time they were here, one of them tried to put a MAGA hat on the dog and got bitten - and Diane threatened to sue us.”

Diane and her family are staunch supporters of Donald Trump, and their social media feeds are awash with odious racist memes and assorted deranged conspiracy theories.

“When they began talking about fleeing the country if Joe Biden won the election, Alf and I thought it was just more of their usual nonsense,” said Dorothy.

“More fool us, I suppose, because Diane emailed the other night and said they’d be here by the end of January.

“They insisted they had to come because they were refugees now Trump was going.

“Alf suggested that if they were refugees we should take a leaf from their hero’s book and build a great big wall around the house to keep them out, but he was only joking.

“I think he was only joking, anyway.”