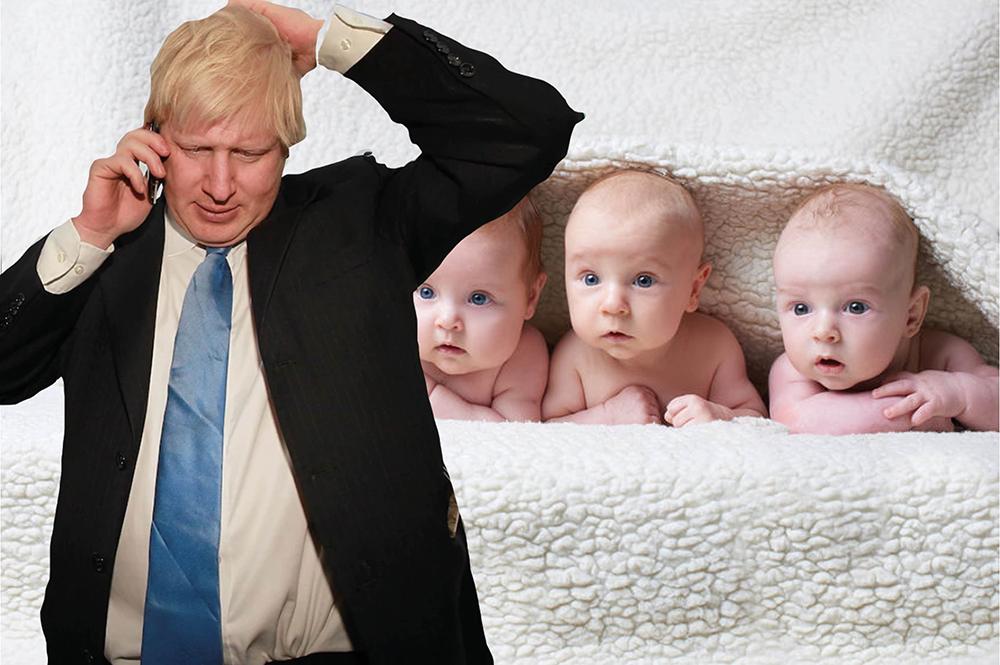 Phone networks were said to be on the verge of collapse this morning as UK Prime Minister Boris Johnson’s mobile went into meltdown under a sudden deluge of text messages, emails and voicemails sent from his many former lovers.

The sudden surge was caused by the national media reporting on the fact the calamitous boob currently living at Number 10 had only gone and left his personal mobile number available online for all to see, hidden in an old press release.

Inevitably this caused a rapid spike in traffic to the site, with everyone from disgruntled former colleagues to fictitious Nigerian princes suddenly messaging the PM’s phone.

But by far the biggest category of callers came from the thousands of angry women who had, after spending a long-regretted night with the hairy buffoon many moons ago, been left high and dry with illegitimate Johnson children that the PM had spent subsequent years pretending had nothing to do with him.

“I’ve waited years to tell the selfish arse about that kid he left me with,” said one former lover, who did not want to be named for shame reasons. “But every time I’d call his office number I’d just be palmed off by some underling. You know they have an actual department for this? For dealing with that promiscuous prick’s former concubines? Turns out I wasn’t the only women on hold, I accidentally got put through at one point to six other gals all annoyed about the same thing!

“In fact, we formed a club – and began petitioning that billionaire shitstain for child support - but he never took responsibility for his actions.

“The best I’d get was just some rushed out statement from some boot-scraping minion like Grant Schapps claiming ‘it wasn’t in the nation’s interests for me to know’ and ‘let’s concentrate on how well the vaccine rollout is going instead’, as if this was relevant to the f*kin scandal in question.

“Well, Boris, let me tell you – when you’re a single mum with some hungry blond kid to feed it damn well is in the nation’s interest, so f*kin get on with it you twat!”