Boris's best lies to be celebrated in new coin collection 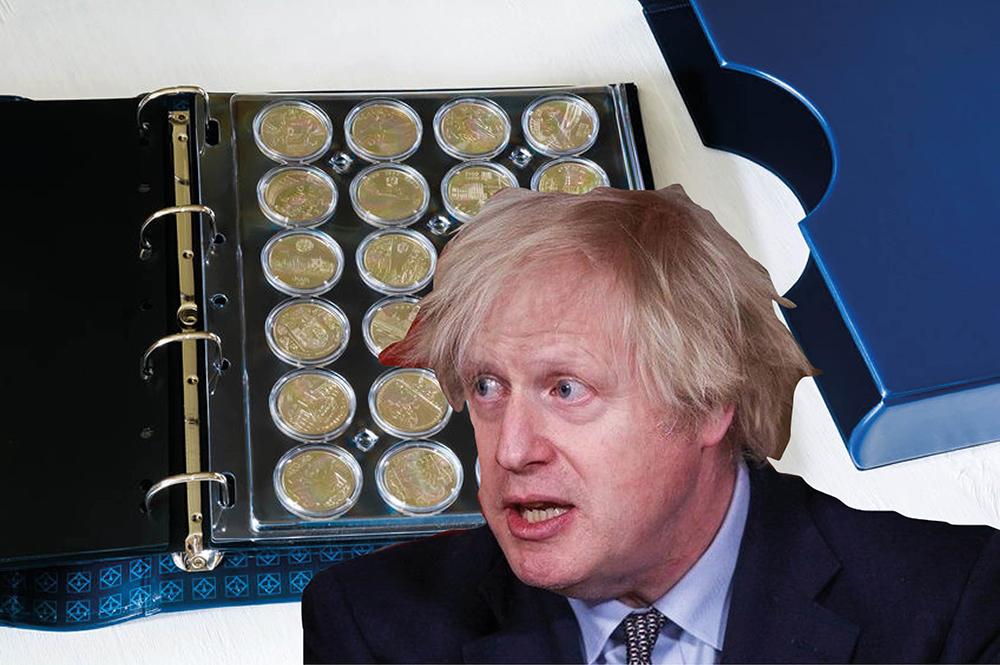 The Royal Mint has confirmed that it is currently working on a commemorative coin series in honour of Boris Johnson’s ever increasing pile of porkies.

In a statement it said: “Since he took office Boris has told so many half-truths, reverse truths, post truths and alternative truths that he’s finally exhausted the nation’s supply of pleasant euphemisms for being a deceitful, conniving shit.

“He’s always been a compulsive fibber throughout his entire career; lying about everything from Brexit and his scandalous affairs with prominent businesswomen who subsequently received large donations from public office, to the imagined state of TFL’s finances, borders in the Irish Sea and even the amount of f*kin press ups he can do – there was seemingly nothing he couldn’t coat with an extra level of horseshit.

“But since he arrived at number 10 he has actually managed to outdo himself – in fact, his dishonest duplicities have increased so exponentially in recent months that Boris’s lies are now the UK’s third-largest export. It’s for this reason our colleagues at the Royal Mail contacted us and asked for help.

“Initially they were going to do a stamp themselves, but they just couldn’t fit it all into one image – so they asked us to make a coin collection instead.”

According to sources, The Royal Mint was happy to take the work at first, thinking it’d make a nice change from the usual tat about Diana or The Battle of Britain or whatever, but they soon realised they had their work cut out.

“Honestly-  documenting his vast back catalogue of fantastically fraudulent fibs and fabrications is nigh on impossible – the collection already stands at 314 pieces, and we’ve only got to 2008!

“Worst of all, we’re not sure if we can keep this series affordable enough for our core market of nostalgic nans to buy – and even if we can, we doubt they’ll live long enough to complete the collection.”