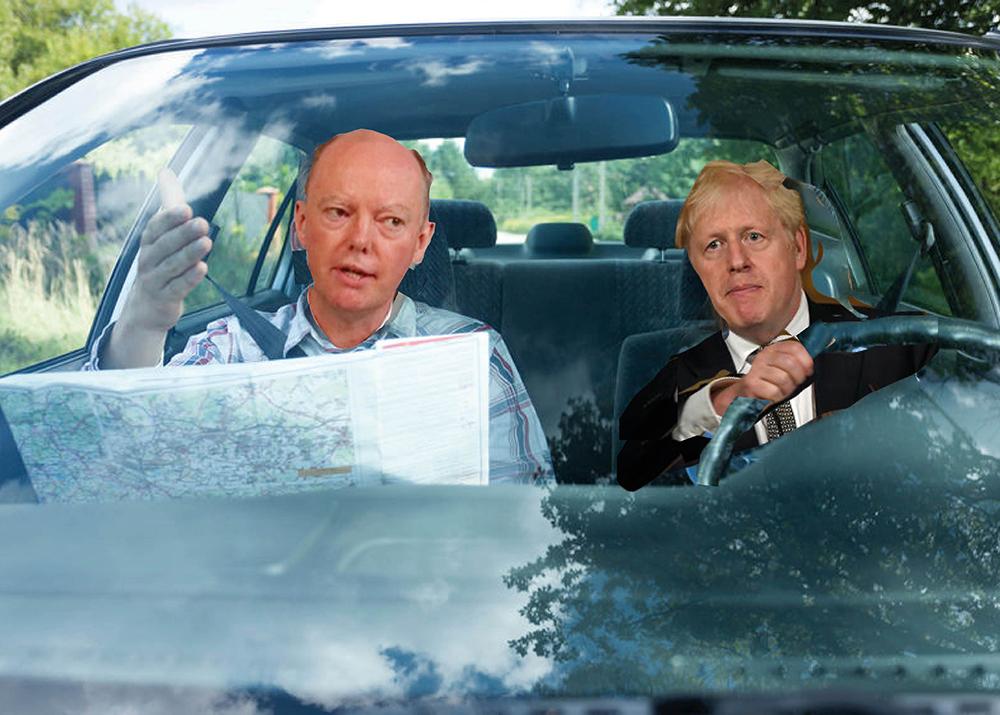 A Government press conference had to be delayed until 7pm tonight after Boris Johnson and Chief Medical Officer for England Chris Whitty got lost after the PM refused to ask for directions.

The pair were meant to be following a roadmap on their way back from a SAGE meeting but ended up heading in the wrong direction after Boris refused to listen.

Map reader Chris Whitty said: “It was so frustrating. He wouldn’t listen to me at all and kept taking wrong turns and at one point we reached a dead end after somehow ending up on a council estate in Hull, which is almost 300 miles from where we were meant to be.

“It was only meant to be a 15 minute drive but when I realised we were lost and I told him we should stop and ask for directions, but he just said ‘absolutely ridiculous! C’mon I know a shortcut!’

“Ten minutes later I had to point out that the short cut had taken us down some kind of bridleway and we were left staring at a farmhouse.

“Somehow a few hours later we were back on the road but I realised we were going in the wrong direction to London up the M1. Next slide please.”

Prime Minister Boris Johnson denies that they ever got lost and said he always intended to go in the direction that they were going and he is not at fault at all.

He said: “It was always my intention to see the countryside of Britain and see her lying back and opening her well-bred legs to be ravished by the power of my Mercedes Benz.

“The fact that this 15 minute journey ended up taking six hours is nothing to do with me. To quote Cicero ‘salus publica’ and all that. If there’s anyone to blame for our delay it’s the map reader and I’ll throw myself on a thousand kerfuffling swords if anyone wiffles otherwise.”