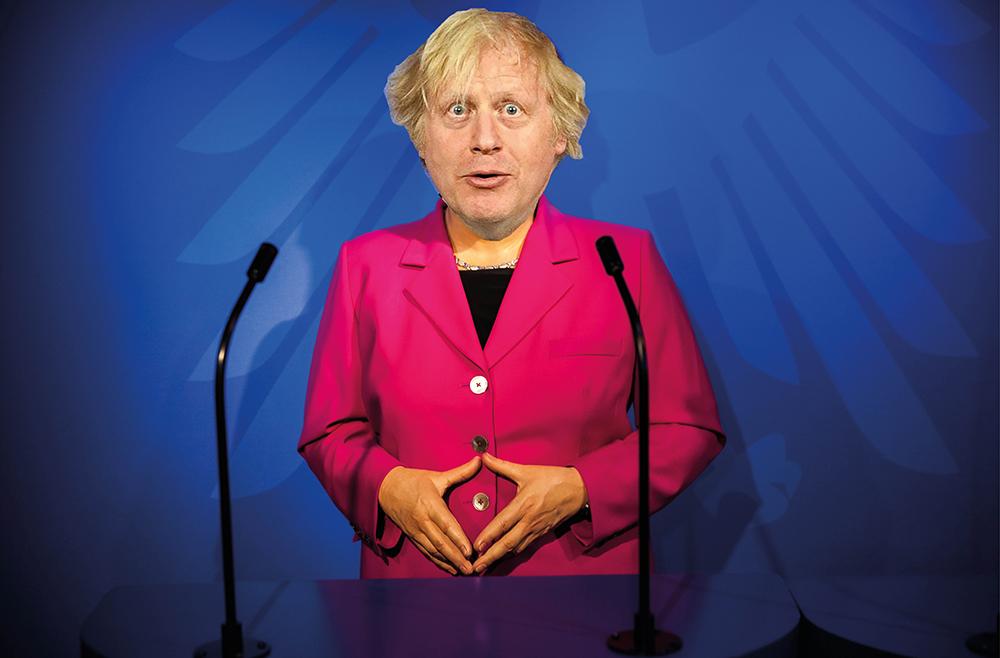 According to sources, UK prime minister Boris Johnson will soon be swapping his tatty, dirty suit and unkempt hair and going the full ‘Merkel’, in honour of the outgoing German Chancellor who is to step down after an impressive 16 years in power.

Mr Johnson’s new look - which will come complete with a Merkel-style button-up jacket, pressed slacks, black flats and trademark ginger bob – will be debuted this weekend and is all part of his plan to convince the general public that he’s actually a model and exemplary statesman, and not just some jobbing chancer who’s been promoted way above his station.

“Boris is convinced that looks are everything,” our source told us. “It’s why he’s deliberately looked so shabby all these years – part of the ‘bumbling boris’ persona he has so carefully cultivated because it plays so well with the electorate, for reasons that probably shouldn’t be examined too closely.

“And as such he’s going to start dressing like Angela Merkel, so that he can have a chance at lasting as long as her. That’s really all there is to his thinking. Trust me, this is more than usual.

“The fact that Mrs Merkel is the pinnacle of everything a modern politician should be - adaptable, progressive, diplomatic, trustworthy – is of course completely lost on Boris, who considers that sort of thing a bit too much effort – but he’s quite happy to play dress-up and make the rest up as he goes along.

“I mean - that’s basically what he’s been doing at number 10 since he took office anyway. But at least he’ll have a new suit jacket. He might even keep this one clean, so the British people should consider this an upgrade.”