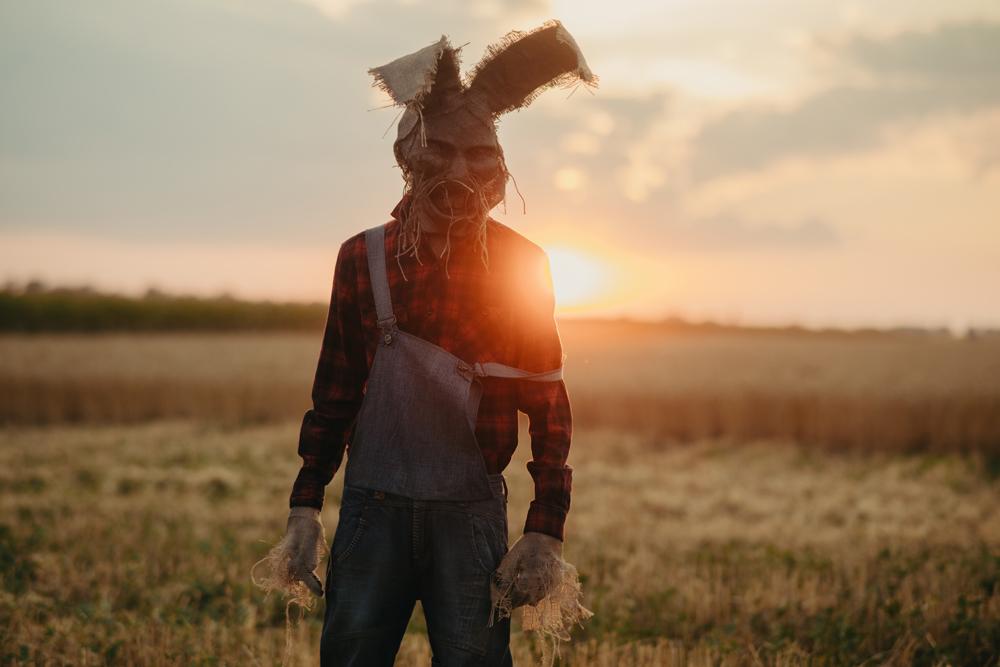 Colleagues of the ceaselessly annoying Gavin Walmsley were surprised and delighted when the Easter Bunny smashed its way into his house and carried the screaming business consultant off.

The mangled, sacrificed remains of Devizes resident Mr Walmsley were later found in several pieces at the centre of Stonehenge, where they made an agreeable breakfast for crows, rooks and jackdaws.

“It was certainly the most interesting Zoom meeting I’ve attended during the pandemic,” said one of Mr Walmsley’s co-workers.

She added: “Aside from being a general smart-arse, Gavin was one of those vehement atheists who’s every bit as irritating as a religious fundamentalist.

“His company was about as much fun as a urinary tract infection at the best of times, but around religious holidays he’d be unbearable, even during Zoom meetings. He’d sit there in front of his shelf of blatantly unread Penguins and the complete works of Richard Dawkins and wait for opportunities to condescendingly bore us all rigid with stuff we knew already.

“We were dreading the Zoom meeting the other day because we knew he’d start going on about early Christians choosing an existing Pagan spring celebration for Easter - which just about anybody capable of reading or watching a documentary is aware of anyway.

“But then after about five minutes we heard what sounded like the back wall of his house being smashed in, and a giant white rabbit hopped into view. It must have been about eight feet tall and had a wicker basket of Easter Eggs hooked over one of its front paws. It used the other to grab Gavin and drag him out of shot.

“For an atheist, Gavin did an awful lot of calling out to God and Jesus to save him before his screams faded away.”