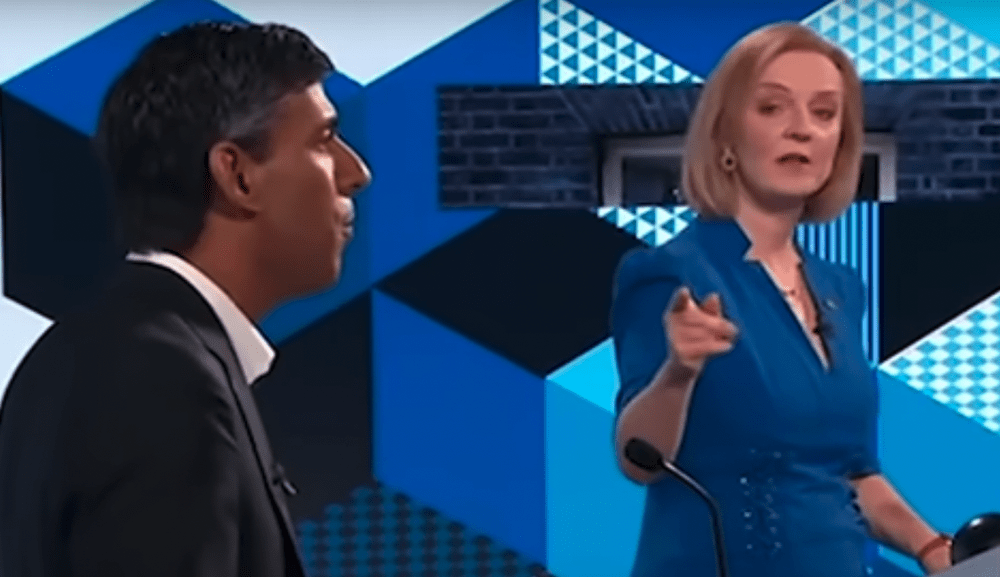 Doctors dealing with a strange new ailment are baffled as to its cause or likely cure.

Its main symptom is the growth of numbers up patients’ arseholes, which they then feel an irresistible urge to pull out.

The condition has been named Truss-Sunak Syndrome because, in a remarkable coincidence, the two earliest known cases involved Tory leadership contenders Liz Truss and Rishi Sunak.

Both have been observed to pull numbers out of their arseholes in recent days, including a number four retrieved by Mr Sunak when asked about tax cuts, and no less than 11 digits, nine of them zeroes, by Ms Truss when asked about cutting public sector spending.

The team of medics investigating the condition is led by Prof Violella Fucata, who said: “This condition was unknown to science until barely a fortnight ago. Scarcely had we observed its manifestations during public appearances by Mr Sunak and Ms Truss before we began to learn of scattered reports involving other people throughout the country. At this stage we’re at a loss to explain the cause, let alone postulate potential treatment.

“The major symptom involves the production of random numbers in the anus and sometimes the lower colon. They seem to be made of keratin, the substance best known as the basis of our hair and nails. Unlike any other form of keratin, however, the keratin of which the numbers are formed seems to vanish into thin air shortly after removal.

“Either that or some of the patients are surreptitiously stuffing the numbers back up their arseholes when nobody’s looking, possibly for re-use at a later time.”

Prof Fucata added: “Another peculiar facet of the condition is that while most sufferers have been highly distressed and inconvenienced by their predicament, Mr Sunak and Ms Truss continue to show no apparent discomfort whatsoever.