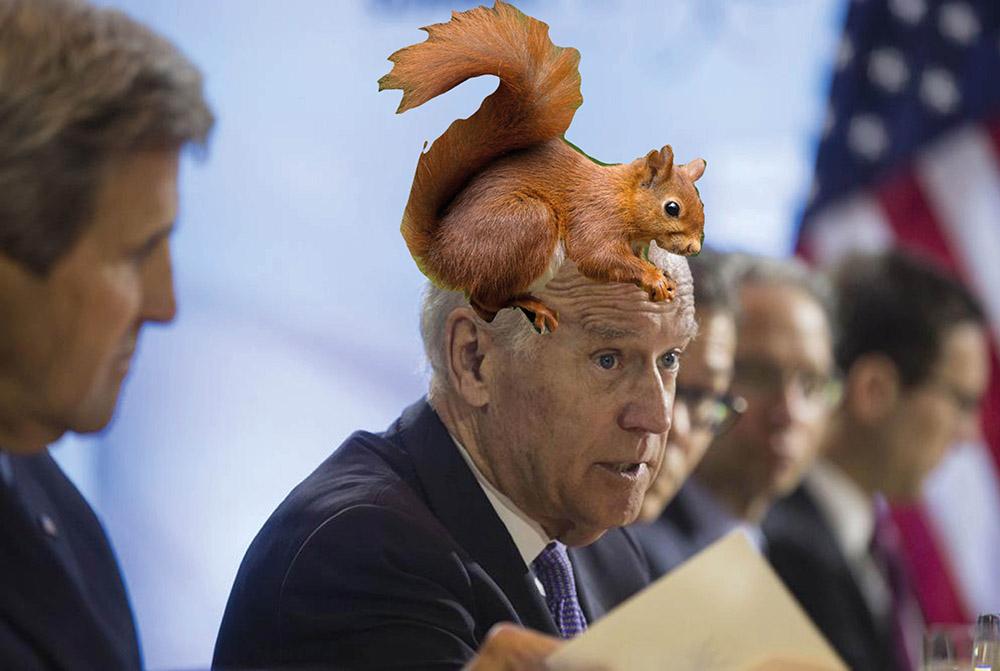 President Biden is to wear a squirrel called Humphrey on his head every Tuesday as polls suggest Americans find his sanity strangely anti-climactic after the Trump years.

Top Democrats are understood to be scrambling to make the President appear deranged enough to be interesting, but not so deranged as to cause widespread terror or turn the most powerful elected office on the planet back into a global laughing stock.

One party official said: “The most recent opinion polls were quite clear. While the majority fo Americans don’t miss trump’s policies or the damaging effect he had on the nation’s image, many admit to being a little nostalgic for the excitement of never knowing what the gibbering lunatic bastard would say or do next.

“Even people who ardently loathe Trump and everything he ever stood for say waking up every morning and hearing about his latest fit of pig-biting craziness was at least quite interesting.

“Somehow, going back to having a President who doesn’t belong in a rubber room, wearing a jacket whose sleeves tie at the back, just isn’t the same.

“That’s how we came up with the idea of Humphrey the Squirrel.”

The carefully-trained rodent will perch on President Biden’s head every Tuesday, and the President will pretend to ask the creature for advice before making televised statements. “What do you think about that, Humphrey?” he will ask, and the squirrel will then squeak endearingly.

The President will also hand the squirrel peanuts to throw at reporters who ask tricky questions during press conferences.

The Democratic Party official added: “We’re hoping Humphrey will help the President to come across as just crazy enough to be more interesting, but nowhere near crazy enough to incite an armed insurrection or World War Three.”