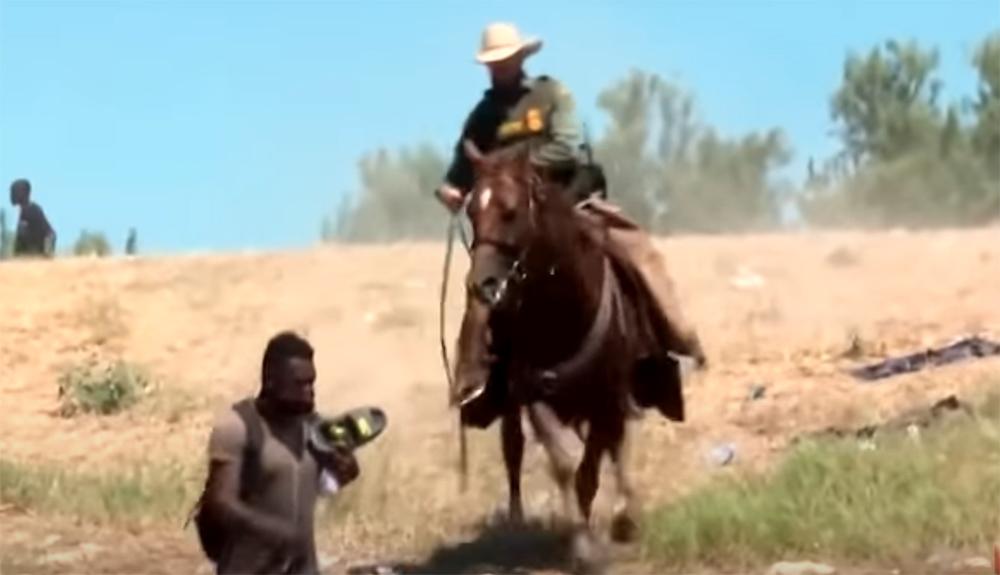 White House officials have furiously denied that whipping desperate Haitian refugees back over the Mexican border is evil.

“How can it possibly be evil?” the team demanded in a statement. “The President is not evil old Donald Trump but nice old Joe Biden. His first name isn’t ‘Donald’, his second name isn’t ‘Trump’ and he doesn’t have orange skin, so nothing he does can possibly be evil.”

American border patrol members in Texas have been photographed on horseback, using their reins to whip Haitians who fled their poverty-stricken, earthquake-torn, starving and chaotic failed country and are desperate to make it to a better life in the United States.

The images resemble nothing so much as 18th and 19th century woodcuts of American slave drivers, but the White House roundly rejects suggestions that what is happening is in any way racist.

“Just because white United States officials on horses are whipping black people trying to escape horror and oppression,” said President Biden’s team, “that doesn’t mean the President is in any way racist. No, he’s just doing his best to appease the millions of racists who are still thinking of voting for Trump if he stands against President Biden in 2024.”

The White House also insists there is nothing evil in loading captured Haitians onto flights back to Haiti, dumping them from the aircraft onto the tarmac and throwing their meagre baggage after them.

The team said: “Biden isn’t Trump, so he’s just providing them with a free vacation somewhere nice and hot. A permanent free vacation.”

President Biden himself said: “There’s a family sitting around the breakfast table in Port au Prince but there’s no breakfast on it. Am I Port au Prince? Can anybody tell me what I had for breakfast?”