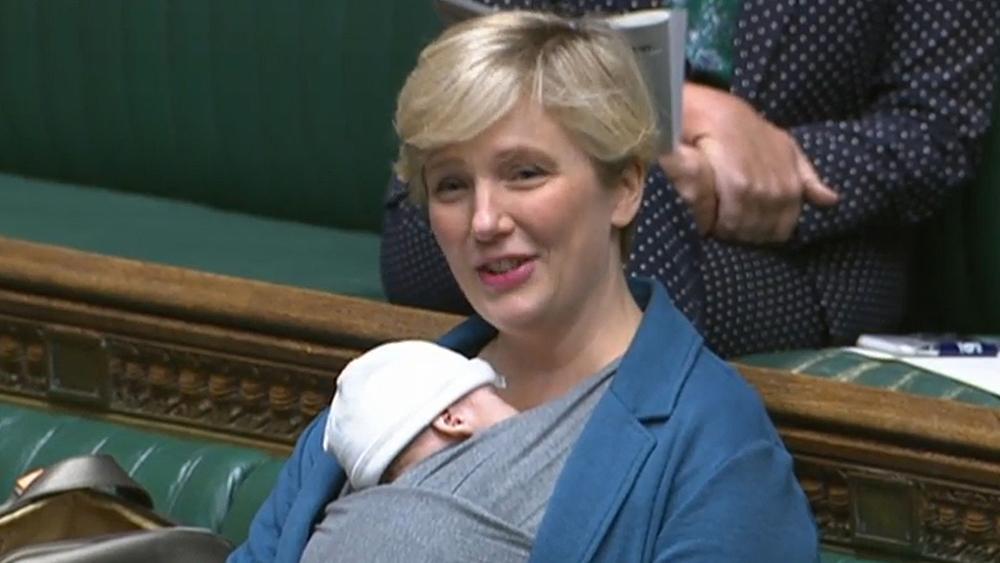 MPs from all political parties were horrified yesterday after a sweet innocent baby with morals actually showed up in the House of Commons.

The incident occurred during a debate in Westminster Hall about buy-now-pay-later consumer credit schemes when Labour MP Stella Creasey brought her sleeping three-month-old infant into the chamber in a sling.

One MP, who wished to remain anonymous, said: “You can’t have creatures in The Houses of Parliament who are innocent and actually have morals as that makes every single elected MP, no matter what party, look bad in comparison.

“Our democracy is run on people who have tarnished souls and to actually see a being of such purity is horrifying to us MPs. We run on slime and ooze corruption from every orifice. You can’t have us rubbing up against innocence and moral fibre. In some cases that’s been known to make an MP burst into flames and get dragged down to the bowels of hell.”

Stella Creasy, the MP for Walthamstow, was immediately reprimanded for bringing such a sweet innocent creature to such a house of ill-repute and was told that it goes against Commons rules for good reason.

One MP, who also lacked the courage to be named, said: “It’s a slippery slope if we let the innocent into our Parliament. It’s just as much about protecting the innocent baby as about protecting our MPs from facing the dirt that lines their own souls. What if the baby had bumped into, dare I say it, Jacob Rees-Mogg or even worse Michael Gove or Priti Patel? I dread to think of the trauma that baby would endure and I’ve got enough on my conscience already.

“And does anyone really care about the fact that inadequate nursery care or rights for mothers or fathers of young children are essentially shutting them out from being able to do their jobs as MPs because of this antiquated system? Of course we don’t, as we don’t have any empathy, and it mainly affects women anyway so it doesn’t really matter.

“Also, we can’t have unelected humans just wandering around The Commons willy nilly. For that they really need to go to the House of Lords.”

Turkeys who voted Tory bewildered by impending arrival of Christmas