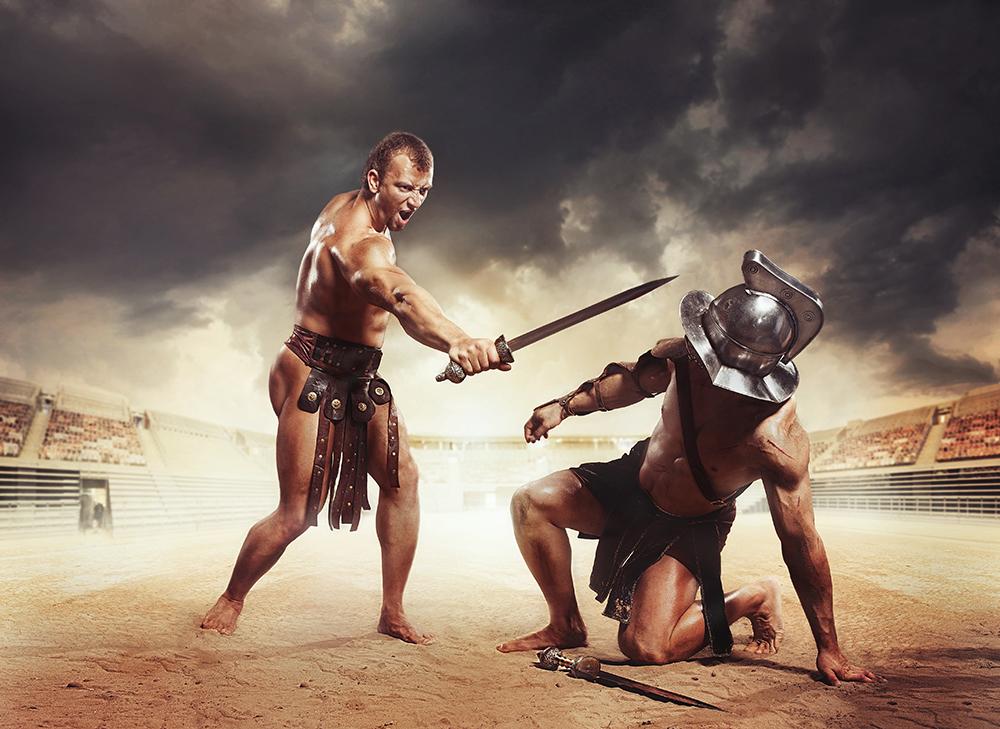 Operation ‘Look Over There!’ will see asylum seekers and BBC staff forced to fight to the death in televised bloody gladiatorial combat every time some new scandal involving Boris Johnson or any other senior Government figure emerges.

The asylum seekers and BBC staff will be rounded up, issued with swords, spears, tridents and lances, and forced to fight on pain of being jailed, having their families thrown into the sea or both.

At the conclusion of each bout, whoever fielded the victor will stand amid the blood and viscera of the loser, gaze triumphantly into the massed TV cameras, raise their arms and proclaim: “Are you not entertained?”

A Government spokesperson said: “The wave of public disgust over the utter hypocrisy of Boris Johnson and his friends, colleagues and grovelling bum-kissers has clearly impacted our popularity among the electorate. Obviously, many of the horrified ordinary members of the public are people of principle and will never vote for us again, but distracting the rest by appealing to traits such as racism, xenophobia and irrationality is our best bet for retaining power.

“That’s why we came up with Operation ‘Look Over There!’ Whipping up some racism against the vulnerable and desperate, and portraying them as parasites, will take lots of people’s minds off the fact that far more of their tax money is spent on covid contracts for cronies than on asylum seekers. In fact, we probably spend more on suitcases of booze for our parties than we do on asylum seekers.

“It’s also a good time to give the BBC a kicking, as it keeps telling the truth about us. Portraying the corporation as a load of privileged people, even though it has far fewer privileged people than the Conservative Party, should do the job nicely.”