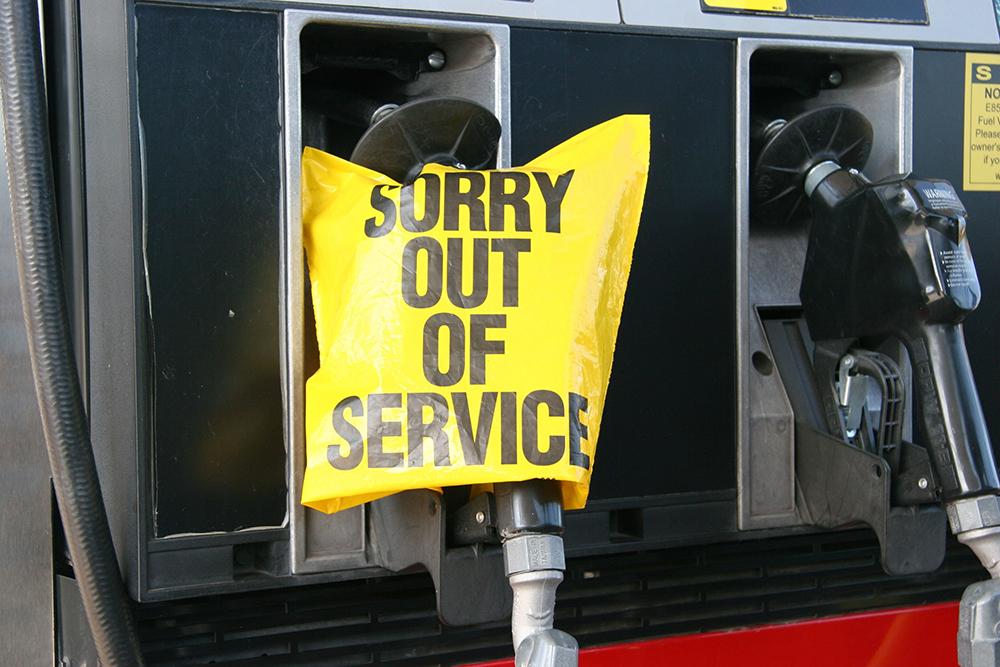 A cull of thick selfish bastards has been scheduled for petrol station forecourts later this week.

Soldiers will be stationed at every filling station in the country. They will be ordered to fire a single warning shot over the head of any dozy sod trying to grab more fuel than they need.

If the warning shot is ignored, the next bullet will be aimed at the offender’s thick skull.

There will be no warning shot for the even more slack-witted and self-centred people who already have full tanks but try to fill jerry cans, soft drink bottles, saucepans, kettles, washing-up bowls, baby baths or whatever.

There has so far been no great outcry from the thick selfish bastards, possibly because they have all the sentience of kelp. One specimen at a petrol station in Basildon, having just threatened a desperate community midwife with a tyre iron in order to jump the queue, blamed newspaper reports.

The midwife pointed out to the man that there had only been a single innocuous story about a filling station or two temporarily running out of fuel, but the man, incapable of processing logic and truth, began bleeding copiously from the eyes and fell unconscious.

The shoot-to-kill policy regarding thick selfish bastards does not have universal approval in the Government or among senior Army figures.

At least one general has privately said that even shooting such people square between the eyes might leave their brains unscathed, and senior Tory figures are understood to be worried that shooting too many thick selfish bastards might severely dent the number of Conservative voters.

‘Ha Ha, made you look!’ Giggles Pope finally admitting that millennia of religion was just a practical joke that went too far