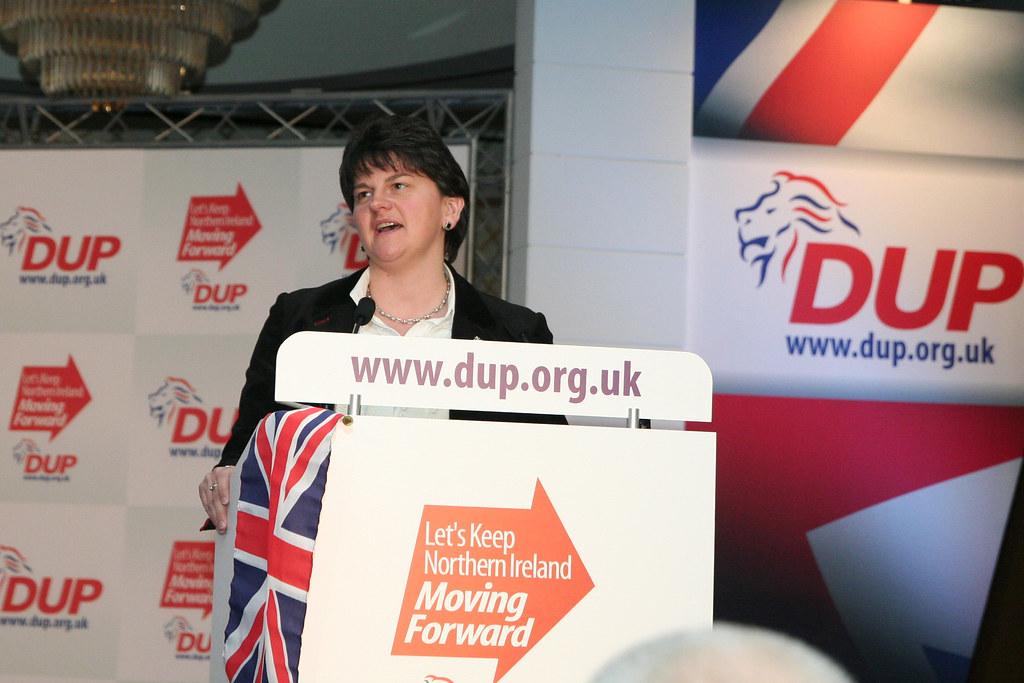 Northern Ireland has started a country-wide search to find someone as dour to replace DUP leader Arlene Foster to lead the party after she stepped down this week.

A new show, to be televised on BBC NI, will see seven contestants vying for the role as leader of the Democratic Unionist Party.

The show called ‘I’m An Ulster Unionist Get Me Out of Here’ will take place on an abandoned oil rig in the Irish Sea - a metaphor for where the Irish Border is now placed despite Westminster promising there would be no border in that there sea.

The hot favourite to win the show at the moment is Edwin Poots, who insiders claim has the exact mix of dour expressions and barely concealed rage needed to lead the party. He also believes the earth is only 6,000 years old so is believed to have exactly that tinge of madness necessary to take the party forward into the 14th Century.

Show producer Jimmy Ladybird said: “We really are going to put the contestants through their paces including a part of the programme we’re really proud of called ‘The Dour Hour’ where the contestants have to keep dour-faced whilst Romesh Ranganathan performs a stand-up routine including jokes about identity politics and the church. If any of the contestants smile or even scowls breaking the dour expression on their faces they will be instantly dismissed from the show.

“Originally we were going to do a take-off of the Great British Bake-off called The Great Irish Back-stop but we’ve still managed to keep some of the baking elements in the new format - including rounds like ‘best refusals of gay wedding cakes’ and ‘Catholic brulee’s’ where the contestants have to try and light a Catholic on fire wearing nothing but an orange loin cloth.

“In rehearsals one contestant has already been asked to leave the show after his anti-gay sponge had a soggy bottom.”

The winner of the show will eventually be allowed back on the mainland to lead the DUP party whilst the losers will remain on the rig for eternity.