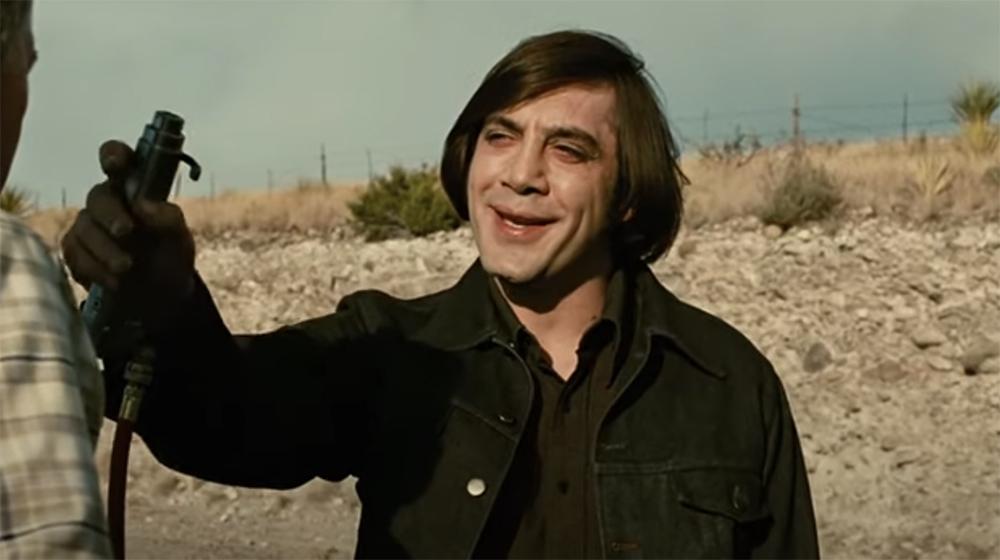 Ruthless fictional contract killer Anton Chigurh has been given the go-ahead to start work at a short-staffed abattoir in Yorkshire.

Mr Chigurh, best known for rampaging through classic film No Country for Old Men, slaughtering many of his victims with a gas-powered captive bolt gun, will take up his duties at Barnsley Best Beasts and Giblets on Monday.

His appointment is an immense relief to managing director Eli Putt-Woodinthole, who had been worried about losing orders because of a nationwide shortage of skilled slaughterhouse staff.

Speaking through an interpreter for the benefit of soft southern bedwetters, he said: “We were especially delighted that Mr Chigurh was able to secure the necessary visa to come and work here - not that he ever quite got around to telling us exactly where he comes from. Still, he certainly seems enthusiastic and assured us that he had plenty of experience of slaughtering.

“The fact that he has his own captive bolt gun in excellent working order is also a major plus point. Apparently he also has a shotgun with a great big silencer but we told him he’d better not bring that as we’re not sure of the insurance position.

“He asked us whether it would be okay if he did some freelance work on the side, and we were happy to give our permission after he assured us he wouldn’t be working for any of our competitors.”

Mr Chigurh was only able to meet his new colleagues briefly on the day of his job interview, but they said he seemed like a lovely man.

“We have all sorts here, so he’ll fit in nicely,” said one. “There must be some interesting customs wherever he’s from, mind. I asked him whether he wanted to contribute to the kitty for teabags and milk in’t break room and he said we could flip a coin to decide once he gets here on Monday.”