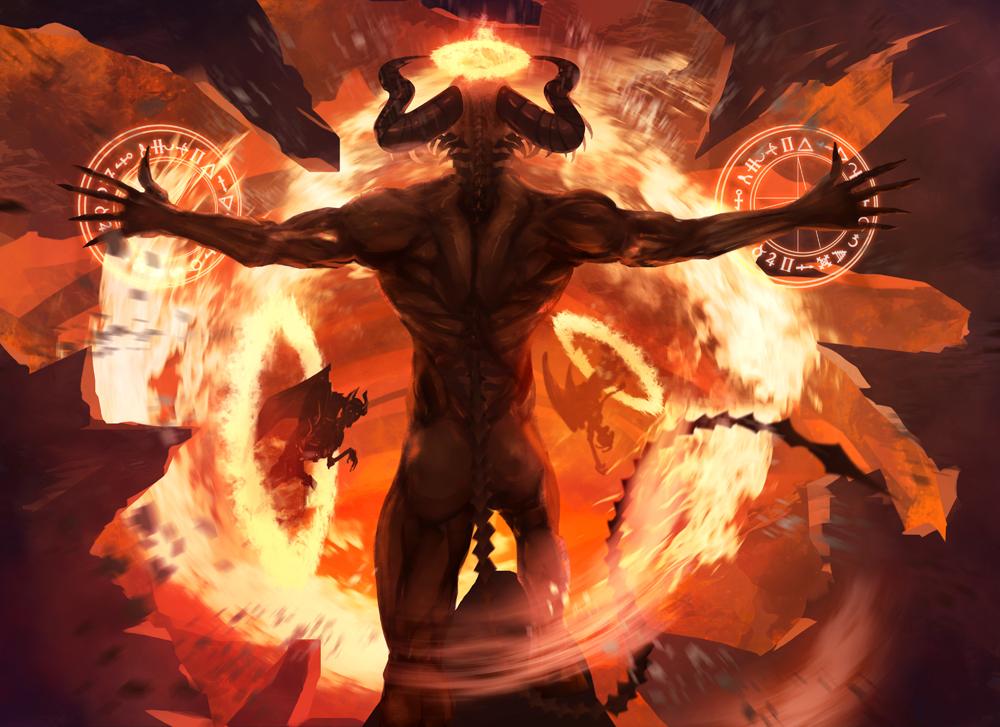 The Spawn of Satan says the newly-reinstated Rule of Six is unfair, unworkable and will be a major inconvenience at his forthcoming barbecue.

“It’s a pain in the arse, to be honest,” said the Antichrist, who had hoped to host a barbecue this weekend.

“It’s not as if anybody here is even mortal,” added the Lord of the Irredeemable, “so we’re hardly going to be bothered by a touch of covid, are we? And as for passing it on to mortals, well, let’s put it this way - if a human comes face to face with one of us, the last thing they’ll be worrying about is social distancing or being coughed on.

“And besides, one of the guests is Pestilence. What am I supposed to tell him? ‘Sorry mate, you and your horse will have to sod off in case you catch something’? I’d be a laughing stock.”

As the designated barbecue area of Hell is several hundred miles below Ipswich, it falls under British lockdown regulations, and longstanding rules forbid the Downcast Denizens of the Hopeless Abyss from simply vaporising any police officer, PCSO or other official who attempts to hand out Fixed Penalty Notices.

The Antichrist says having to obey the Rule of Six would mean a series of barbecues would have to be hosted, instead of the usual large and informal affair at which the Princes, Dukes and Marquises of Hades are encouraged to mix freely with lesser demons and show an interest in their work.

Sometimes the Antichrist’s dad even turns up and does his famous karaoke versions of Disco Inferno, Highway to Hell and Iron Maiden track The Number of the Beast.

“Six-six-six, you see,” the Crown Prince of Putrescence continued, “that’s my number so I reckon it’s only fair to allow that many people at the barbecue.

“Quite apart from fairness, making us have no more than six-at-a-time barbecues would mean I had no escape from some of the senior team who have questionable social skills.

“There’s Choronzon for a start. Just because he’s an old mate of my dad’s he thinks he can take over and throw a load of extra politicians on the fire, even though they make the sausages taste horrible.

“Then there’s Mammon, who always brings cheap booze then drinks everybody else’s good stuff, Leviathan who comes back for seconds, thirds, fourths and fifths even though he could do with losing a few pounds, and Balam, who eats like he has three heads - which he has, of course, but that’s not the point.

“And don’t get me started on Pazuzu, who’s always on about being in The Exorcist. ‘Did I tell you about that time I was in The Exorcist?’ ‘Yes, Pazuzu, you did - several thousand times. Oh, and by the way, Pazuzu, did I tell you about the time I was in The Omen? And Omen 2, Omen 3 and loads of other films? No I didn’t, because I’m not a boring bastard. And no, I don’t want to hear you do that funny voice again.’

“He always throws up, too.”