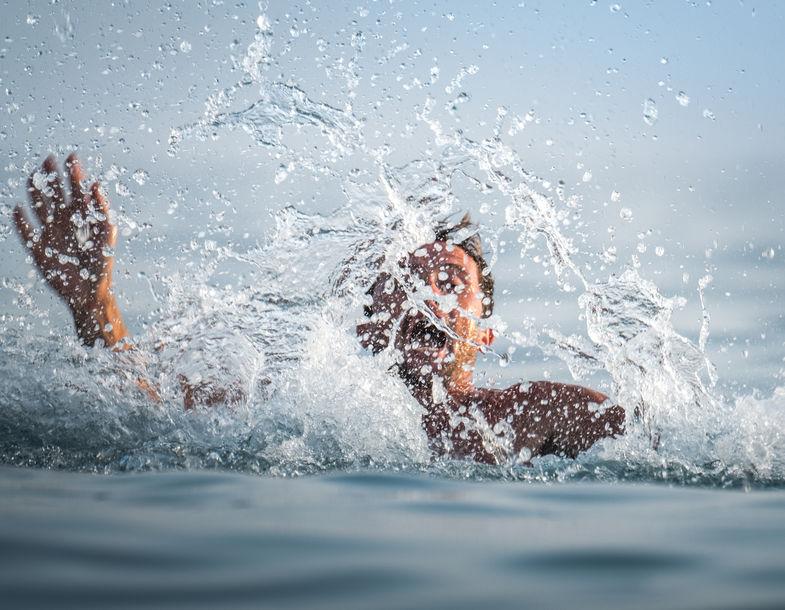 Prominent anti-vaxxer Ron Seal was pronounced dead on the scene yesterday after drowning off the coast of Blackpool.

This came after the anti-vaxxer refused help from a lifeguard because he didn’t like the look of him.

As he was drowning, Mr Seal was heard to shout: “Help. I’m being towed under by an undercurrant and I’ve got cramp in both my legs!”

Lifeguard Dave Noonan, who was on Winter patrol on Blackpool beach, sprang into action and started to swim out to help the drowning anti-vaxxer.

Mr Seal was then heard to shout: “No. I don’t want help from him. I don’t know him. He seems to be helping me too fast. I don’t know any of his background. He could be anyone and he might even try to implant a 5G microchip in me whilst he’s ‘helping’ me.”

As the lifeguard reached the drowning man, Mr Seal was seen to use the last of his strength to hit out at Mr Noonan to stop him being rescued before the anti-vaxxer slipped under the water to drown.

Once the body was eventually pulled up onto the beach, Mr Seal was pronounced dead on the scene.

The drowning victim’s widow Connie Seal said: “In the last few months Ron had been getting really into anti-lifeguard conspiracy sites. He believed they had all been paid by swimmer Duncan Goodhew to sew 5G chips onto beachgoers’ Speedo trunks. It’s sad really but at least I can get some peace and quiet now.”