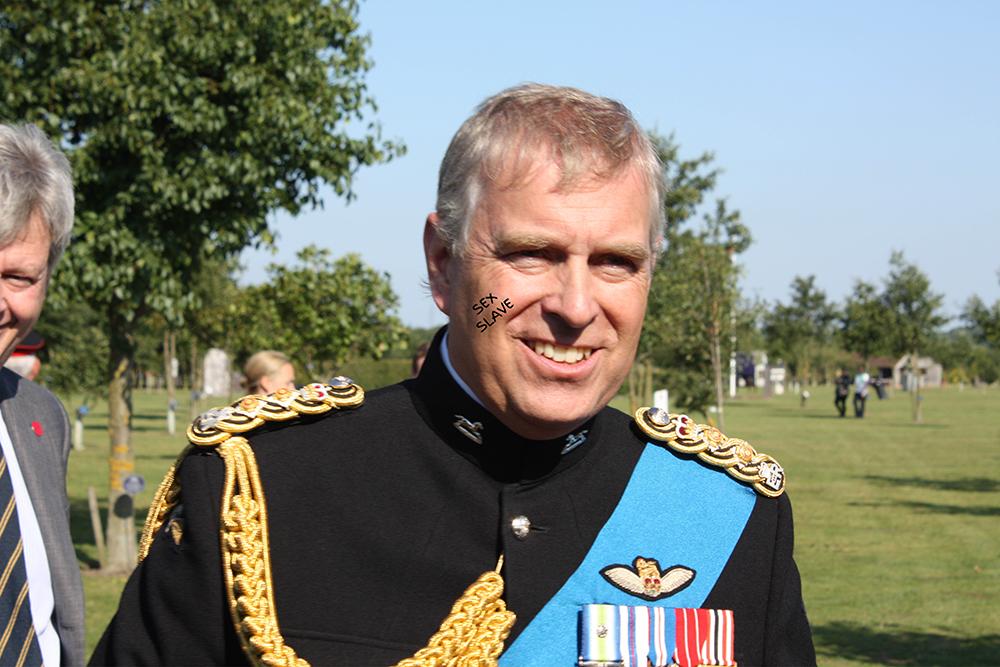 Prince Andrew, who was once known as the party prince, is to change his title to ‘The Piss Artist Formerly Known As Prince’ and be represented only by a symbol of a big cock and balls from now on.

The controversial move comes as The Queen strips him of his military roles as well as the use of his HRH title due to the fallout from the ongoing US sexual assault lawsuit against him.

“This gives me the freedom to be a private citizen away from the glare of the media who will now immediately lose interest now that I’m not an official Royal any more, so The Queen has done me a favour really.

“I was thinking of taking the famalam to celebrate at Pizza Express in Woking but it’s been decided that particular venue might be a bit too prestigious for me now so we’re going to eat a steak bake on the pavement outside of Greggs in Godalming instead.

“They’re letting me keep the current military rank of vice admiral but from now on the word ‘VICE’ will be in air quotes and capital letters, which I think might be a little joke on The Queen’s part as she has a wonderful sense of humour.

“In the meantime I will continue to contest the allegations against me especially as I have new proof that I was in fact dead at the time of alleged offence. I got better. But at that time I was dead.”