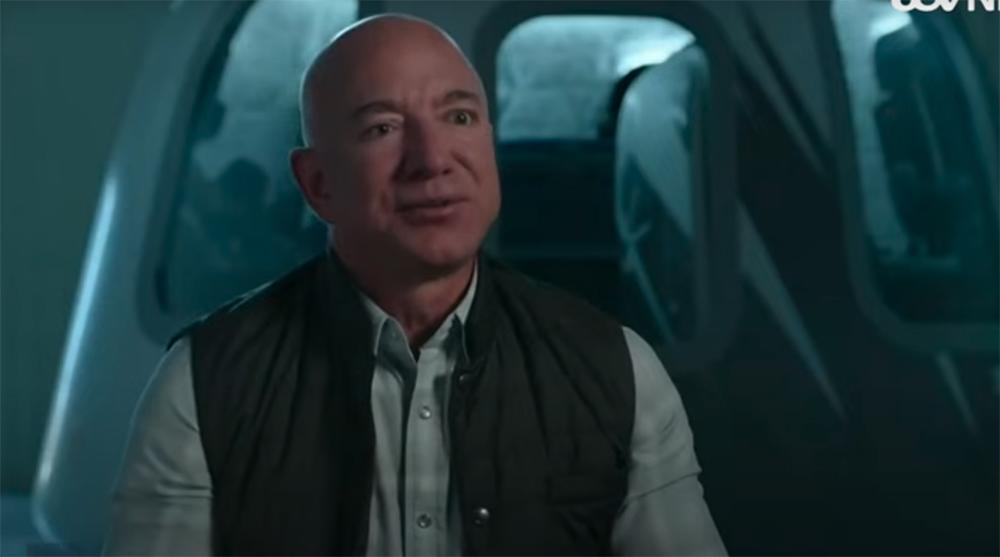 Jeff Bezos is being offered advice by Amazon drivers as he prepares to take his place next month aboard the first flight of his company’s Blue Origin spacecraft.

The mission of Amazon founder Mr Bezos is a sub-orbital one involving reaching the edge of space and experiencing a few minutes of weightlessness before returning, but some commentators are wondering what will happen if a miscalculation sends the craft inadvertently into orbit, marooning Mr Bezos and his fellow passengers.

This fear has prompted a number of Amazon drivers to email their employer, the richest man in the world, with words of reassurance and advice.

One of them, 53-year-old Mr Sam Gibbons from Halifax, recently spent 27 days in the cab of his Transit van, snatching a few hours of sleep here and there between bouts of ferrying consumerist tat to people who didn’t really need it but craved distractions from their existential despair.

Mr Gibbons said: “The main thing is not to panic. Yes, Mr Bezos will be in a space not much bigger than the one in my van, but he will at least have a decent hope of rescue and that his ordeal will end.

“Admittedly, eventual asphyxiation in a vacuum is not a pleasant way to go, but it’s got to be better than some of the alternatives.

“For example, there’s the  grinding horror of knowing that unless you want to lose your job, your home and plunge those you love into abject poverty, you’ve you’ve got to keep delivering largely futile objects to largely bored members of the public until you’re insane or dead.

“Mr Bezos should also pay attention to how he deals with his bodily waste. I recommend an empty plastic bottle, perhaps with some sort of improvised funnel, for fluids and a sealable bag or box for solids.

“He may find doing this humiliating at first, but I can say from experience that it’s amazing what humiliations and degradations a human being can cope with when they have no alternative.”