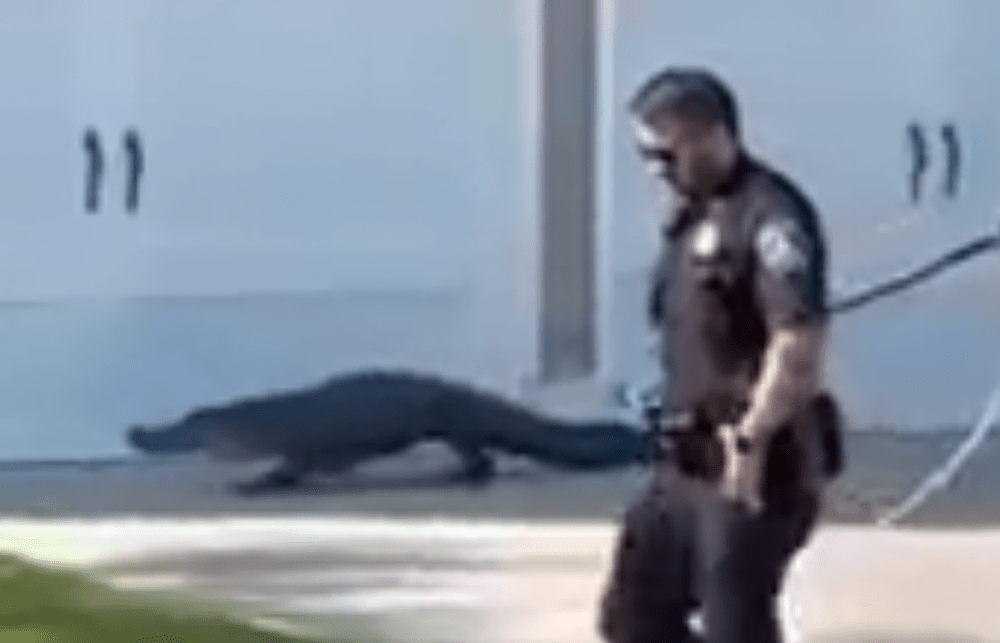 An unhappy alligator was today counting his lucky stars after an encounter with members of an American police department.

The creature, Albert, was minding his own business in a neighbourhood in the southern United States when police officers approached, grabbed him, placed him in a vehicle and dropped him off several miles away.

“To be quite honest with you, I’m very annoyed about what happened,” said Albert. “As far as I know I was breaking no laws when I went for a walk, but the next thing I knew I was surrounded by police officers who took hold of me, tied me up and dragged me away.

“Still, it could be worse. When I saw the officers I expected to breathe my last at any moment. After all, if American police forces are known for anything, it’s their commitment to arrest and detention for no good reason, kneeling on victims’ necks until they fall unconscious and die, or simply to shooting to kill without anything even resembling a good reason.

“Then I remembered that I was a green reptile rather than a non-white human, and could therefore expect to be treated with at least a modicum of kindness and respect.”