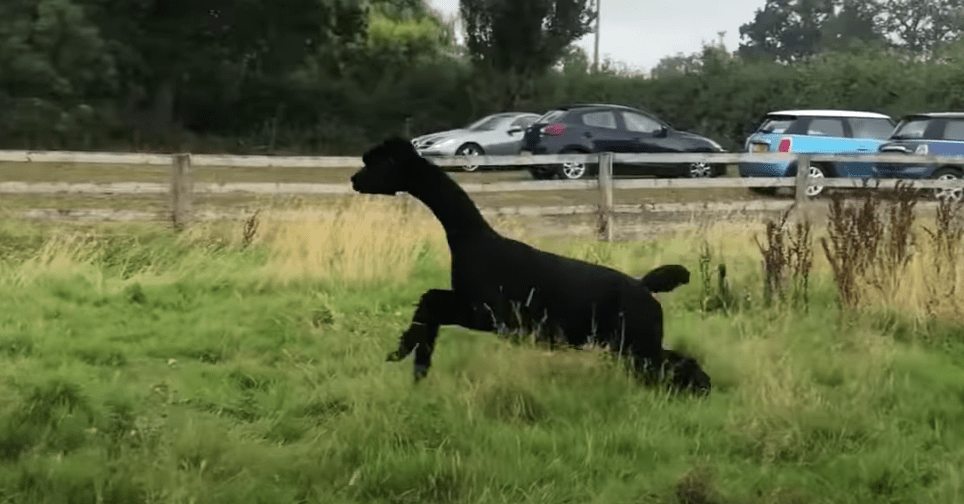 “I mean, Geronimo the Alpaca, managed to get a petition with more than 100,000 signatures,” said Abdul-Ghani Ghulam as he donned his alpaca costume.

Abdul-Ghani was desperately trying to get into the costume before him and his fellow refugees, who were also putting on alpaca suits, had to disembark from the rescue flight, one of the last to leave Kabul, upon their arrival at Brize Norton in Oxfordshire.

“We know that in the end Geronimo’s fate was sealed but the Brits really seemed to care about him. They fought a four year battle to save him after he tested positive for TB twice but still the Brits carried on fighting to save his life.

“It all came to naught but if just one more person cares about our fate having to flee for our lives from The Taliban, then it’ll all be worthwhile.”

Abdul Ghani had to flee with his family having worked closely with the Americans as an interpreter.

“It would have been a death sentence for all of us if we had stayed,” he said.

“But, I stupidly looked at a Mail Online comments section on our flight over here and realised that, despite this situation having been created by the Americans and the Brits, we would not exactly be welcome here.

“In fact, the only stories I saw where the British showed one iota of empathy were the ones about Geronimo the Alpaca so the entire flight has now been busy fashioning Alpaca costumes out of our clothes just in a bid to get you guys to care about us.

“We’ve even been practicing imitating Alpaca noises just so that we can fit in. My son Mohammed is especially good at that. At one point I thought he was a real alpaca and was worried that he might give me bovine TB.

“We might only be allowed to live for four years until we’re eventually euthanised but at least people will care.”