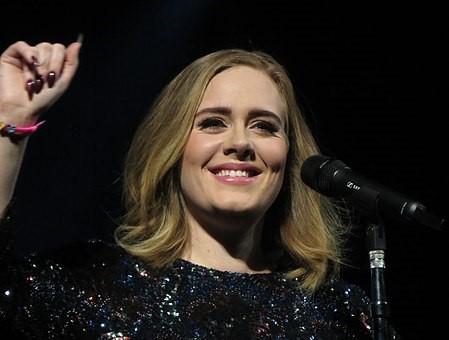 Although their musical tastes are wildly different, they are united in support of her after a comment she made about former Health Secretary Matt Hancock in an interview with British Vogue to promote her latest release.

Typical among the new fans of Adele are committed death metal devotees Dave and Helen McKee from Bristol, who chose ‘Heads Shoveled Off’ by Cannibal Corpse for their first dance as husband and wife at their wedding reception.

‘We’ve never really listened to Adele before,” said Mrs McKee, a veterinary surgeon. “We tend to prefer our music faster, louder and with rather more dismemberment and satanic imagery. ‘Scream Bloody Gore’ by Death, ‘Infected’ by Obituary, that sort of thing.

“But as Dave was saying only this morning, anybody who correctly marks the card of that horrible, slimy little excuse for a man Matt Hancock must have something going for her, so we’ll be giving her new album a listen.”

Similar sentiments were expressed by musicologist Professor Antigone Crisp, who is never happier than when listening to experimental Eastern European electronic music from the 1960s, much of which sounds like a swarm of flies attempting to repair a broken transistor radio while sealed in the wall of the Kremlin.

“Adele? Never heard of her before today to tell you the truth,” said the professor. “But I’ll be buying her new record because I like the cut of her jib after what she said about Hancock. I’ll never forget the sheer horror of that video of him snogging that woman with his hand on her arse, in direct defiance of the covid regulations he ordered the rest of us to follow. It was as though the feeling you get at the moment when your finger goes through the toilet paper were somehow made to last for days on end.”

Another person planning to buy Adele’s new release is Mr Dave Ford, whose favourite album of all time is a 1967 disc entitled Threshing and Cultivating by Steam Power, which is an hour-long recording of some men ploughing a field with a traction engine.

He said: “I may be so peculiar that people often marvel that I haven’t been single these last 20 years, and my second favourite album may be a recording of the trains at York Station in 1957, but if Adele shares my views on that odious, squalid little shit Hancock I reckon I should at least give her music a try.”