“A day off for all the proles if we win the rugster-ball trophy!” yells drunk fat bloke at England game 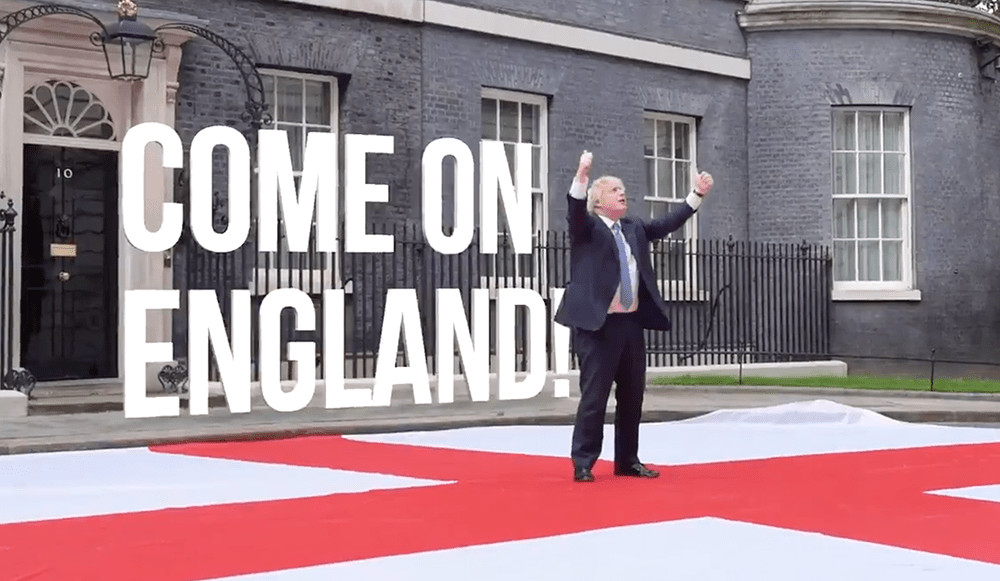 100% genuine, lifelong England fan Boris dePfeffel-Ronaldo Johnson has indicated to the nation that he is considering awarding them an extra Bank Holiday if England win the Inter-Brexit Euro Shield against the Kingdom of Lombardia on Sunday.

The decision was apparently made spontaneously on Wednesday night when a man claiming to be the PM became so overwhelmed with the emotion of the occasion that he decided to announce the extra day off there and then, without first dressing up like a swan and running it by the Queen like he’s supposed to.

And although there were initial doubts that the mouthy fat bloke in the stands bellowing out racist IRA chants was the Prime Minister he claimed to be, experts later confirmed this was indeed Mr Johnson himself, pointing out that only someone as hopelessly out of their depth as a politician trying to prove they had the common touch would do something as monumentally stupid as wearing a clearly brand-new England shirt OVER their shirt and tie.

“Cor!“ the PM was heard to gush at Wembley on Wednesday night while everyone else was trying to watch the game, “Hey, you down there, we’re not half bad at this game of Pigger are we?!”

And, despite the fact all his fellow garden guests at the Footer Regatta were too busy singing Sweet Caroline and Atomic Kitten songs to respond, Johnson nonetheless announced his decree moments later, apparently yelling out, “A day off from the workhouses, for all my footballing chums, if we make par!”

A clearly over-excited Mr Johnson then added: “Blessed be the Harrys! Up the offsides! And all hail that masterful Mr Walker in defence! I haven’t seen backtracking like that since my own on the Northern Ireland protocol.”

Number 10 later confirmed by way of official rumour-leak that this was indeed probably perhaps, maybe, something the PM was actually thinking about, if England did win their next game.

Mr Johnson joins an illustrious line of British Prime Ministers looking to publicly claim they’re in touch with the common serf by acknowledging the existence of the game of football.

Former PM Tony Blair was a famed Newcastle fan, and his later successor David Cameron was such a huge football fan he often couldn’t even remember when asked if he supported West Bromston Villa or Aston Hamspur FC.