"123,000 dead but here's some money!" says Rishi as he slowly hypnotises nation with his devilish good looks 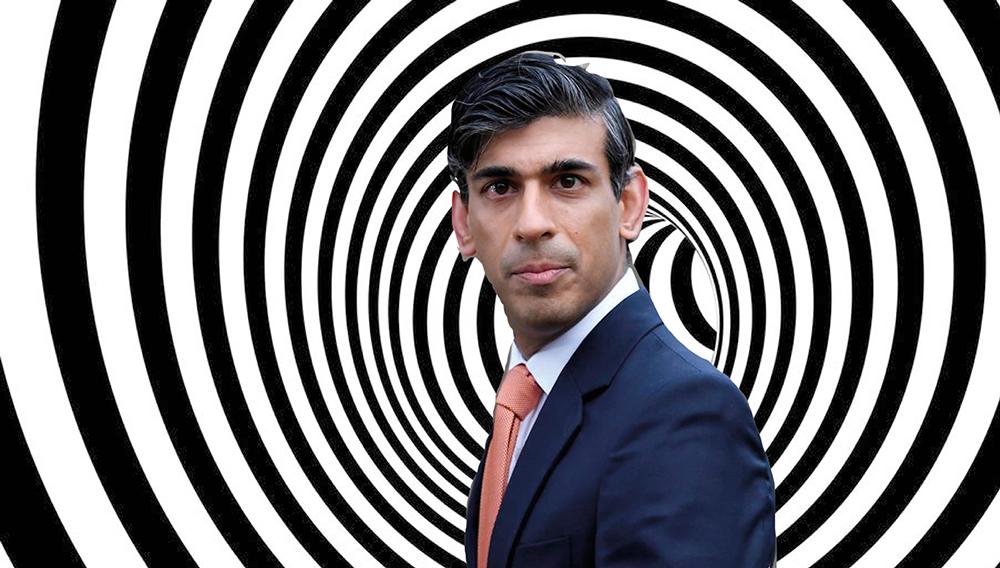 “This is the bestest Government that’s ever governed the UK,” says businessman Melvin Bogtrotter as he showers his mistress with wads of £50 notes whilst she’s laying on the bed in front of him.

“They might have indirectly killed 123,000 of us by mismanagement of this pandemic, but now they’ve given us loads of cash, so, you know, swings and roundabouts!” Mr Bogtrotter adds as he tries to ignore the cries of pain from his mistress Dierdre as wads of £50 notes are actually quite heavy.

“And the added bonus of this Government is there’s loads of money to be made as all you’ve got to do is sidle up to Health Secretary Matt Hancock and say ‘give us a job’ and hey presto, suddenly, you’ve been given twelve multi-million pound PPE contracts, despite having no experience in that field before and not knowing what you’re doing! It’s brilliant. Oh do shut up Dierdre! It doesn’t hurt that much!”

It has been revealed that Mr Bogtrotter is one of thousands of businessmen who are celebrating today’s budget with their mistresses today.

Revealing his budget Chancellor of the Exchequer Rishi Sunak addressed the UK: “Look me in the eyes, not around the eyes, but deep into my eyes. Now you’re feeling sleepy. And you’re in.

“When I click my fingers, you’ll have forgotten the thousands of unnecessary deaths caused by this Government by dithering and delay, and you will only remember the fantastic furlough extension for businesses until the end of September.

“No longer will you remember The Government being leant on by the mad anti-lockdown side of the Tory Party and therefore not following the science causing untold other deaths, instead you’ll remember the new business loan scheme unveiled at this budget.

“You will forget the thousands of deaths caused by the ill prepared Government with their PPE shortage and crap track and trace system. All you will remember is the help from this budget The Government is passing on to the arts, the hospitality industry and homebuyers.

“And instead of 123,000 deaths, and having a world-beating death rate, all you will think of is my smiling face as I wave money under your nose.”

And then, ending his speech, Rishi clicked his fingers and we all woke up with a smile on our faces.